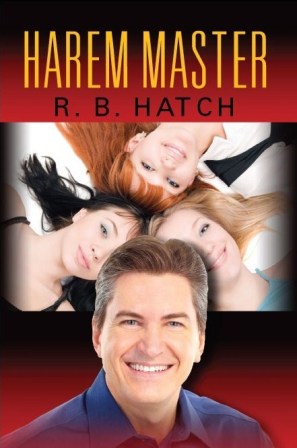 When I first chose to review HAREM MASTER I was concerned I’d find nothing more than a glorified Penthouse Forum article. Yes, it does involve a middle-aged man who is “entertained” by a self-appointed harem of females ranging from employees to contemporaries to nymphets. And yes, it is at times raunchy and raw and sexually charged. But R.B. Hatch’s development of the narrator, a man simply known as “John,” is well written and highly entertaining.

As a reader I found myself simultaneously repulsed by and sympathetic toward John’s actions that form the relationship between him and his “harem.” In “John” Hatch has created an “everyman” whose wit, intelligence and sense of mystery utterly charm the women around him into willingly becoming his objects of desire. It’s Hatch’s ability to endear John to the reader that helps to create a world that is not only plausible, but downright believable.

More than just erotica, HAREM MASTER is a plot-driven novel that delves into the mind and motives of its protagonist and speaks with a voice that will please its readers.