Hellis The Pissah Versus The Crazy Athiest

Some of you may not know that I am a die-hard New Englander, which means that I am required by law to give people a hard time (usually while drunk in a pub). We call that “being a Pissah,” in our native New Englandese.

Even as a New Englander I know I should be above something like what follows, but I’m not. This was just too funny for me to pass up. Sometime ago a fellow blogger put out a very funny, very harmless post about MONTY PYTHON AND THE HOLY GRAIL.

For some reason another blogger named Neil (he offered his name) raped the shit out of XXXX’s comments. (I’ve chosen to respect the blogger’s privacy by replacing his name with XXXX. As you read on you’ll see why). When XXXX blocked his subsequent comments, Neil did what any self-respecting, sane individual would do. He blasted everyone who commented on XXXX’s post, including me.

Since I can resist anything but temptation I took the liberty of answering his questions. You’ll see them in italics after his answers. Feel free to agree or disagree as you see fit. So without further interruption I give you…NEIL! END_OF_DOCUMENT_TOKEN_TO_BE_REPLACED

You Named My Phone Benedict Cumberbatch 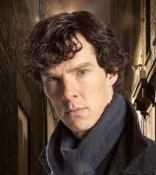 So thanks for that. Now I have to type nineteen characters every time I refer to my phone. Dicks.

There were some “Other” creative offerings as well such as:

END_OF_DOCUMENT_TOKEN_TO_BE_REPLACED 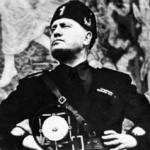 d my phone Benito. Why? Because my phone is a Fascist, that’s why. Fascist in that it starts inputting words as I type- words the phone thinks I want to use, only to guess wrong and insert its own word anyway. You have a phone like that too? Well grab a name tag and a donut because you’re the newest member of my anti-fascist phone support group.

END_OF_DOCUMENT_TOKEN_TO_BE_REPLACED

In honor of the season I’ve decided to tackle the topic of horror movie villains. Since no one loves a good horror flick more than I do, I’ve decided no Hellis list could be complete without my ten personal favorites. I give you:

Hellis Breaks Her Phone And Humiliates Herself

I am officially running on two hours of sleep over the course of three days, so no guarantees on the cohesiveness or relevance of this post.

I put up a post not long ago about my new phone and my strange text message encounter with someone looking for whomever had my number last (you can catch it here. Remember the name “Lokepa”). Well, it turns out that I would only have that phone for about a month or so before I dropped it and broke it (please don’t ask me how. One embarrassing post a day is enough). END_OF_DOCUMENT_TOKEN_TO_BE_REPLACED

Just when I thought I’d said it all, El Guapo says it better. I give you my screenplay as seen through a very handsome lens:

THE ADVENTURES OF HELLIS IN BLOGGERLAND

Judging from the actors, your movie is a rom-com-buddy cop movie, with Edward Hotspur as the alien no one understands. Hilarity ensues as Edward, separated from the mother ship, is lost and adrift in dark foreboding Canadia. Kayjai, president of Canadia, takes pity on him and drives him (in a fast car, and apparently very few clothes) southeast to the wilds of New England, where for some reason, his gadgets are telling him to go.

Trask Avenue, a member of Canadia’s equivalent of the CIA (the dreaded MSF – Moose Syrup Fanatics), follows in hot pursuit. At the border, bored Border Guard, El Guapo, decides to leave his job and accompany the two star-crossed travellers on their journey. At one point, he distracts Trask from his pursuit while Kayjai and Hotspur escape. He is last seen (until the finale) telling a confused Trask (who has just arrested him) “Hey, if you can’t beat em, confuse em!”

Our story continues through the wilds of Nebraska and Ohio. They stop off at an empty diner, run by BestBathroomBooks for some food. He dispenses wit and wisdom along with hot coffee and huevos rancheros. They continue on their drive, stopping at an Ohio crossing to let the freight train pass. A badass in a mustang pulls up, none other than GingerSnaap. Hotspur reminds her of the frog who done her wrong (no, really, an actual frog) all those years ago, and there is a spectacular heart stopping chase through the cornfields (are there cornfields in Ohio?) of Ohio.

Kayjai and Hotspur manage to escape, heading east toward the dawning of a new day. They are exhausted and pull over to rest. While sleeping, Kayjai is visited by Sandylikeabeach, who sums up what has already happened, and hints about what may happen next – but she does it all in one long sentence that even includes her trademarked asides. And it’s all in Charo’s voice!!! (Seriously, this is my favorite scene of the movie!)

As they come out of the wilds and into the bigger cities, Trask Avenue is closing in. But Hotspur uses his magic to convince unbelievably sexy companions Sparklebumps and Megan that he is the good guy. They use their not inconsiderable wiles to slow down Trask while Kayjai and Hotspur escape.

Finally, closing in on the snow filled bus lots of New England, the two stop at the tire yard, and ask a shirtless, sweaty HR Nightmare (wearing a green shoulder mounted bikini thong)(because that’s how he rolls) where they can find the magic moose of Massachusetts – which is the only thing that can save Hotspur now.

(Sorry – earths environment is slowly killing Hotspur. What? I’m sitting at my desk writing this thing, cut me some slack. We good? Ok, moving on.)

HR points down a snow filled trail. Kayjai slowly eases the car down the path. We see Trask (in his gov’t issue Crown Victoria) speeding toward them. In the back seat, El Guapo rises, swinging a ski pole at the back of Trasks head. Trask yanks the wheel and Guapo flies out of the car, landing on a plank and, with a “WOOHOO” snowboards into the distance.

But while Trask was distracted, a blue Charger comes rocketing along the road. “SHINY!!!” bellows GingerSnaap, as she races along, bumping mercilessly into Trask in an attempt to drive him off the road. BestBathroomBooks, in the car with her, calmly calls out reasons to Trask why he should surrender. Trask grits his teeth and continues pounding down the road.

Where Sparklebumps, Sandylikeabeach and Megan all dance gracefully on an empty patch of land.

A bright light suddenly engulfs the beautiful ladies as Kayjai and Hotspur glide to a halt, Trask pulling up behind them. Arms spread, Hotspur steps into the circle of light, as Trask raises his gun. Sparklebumps flashes him to distract him, but surprisingly, that only works for a moment. Hotspur turns, and in the language of his people, yells “Unicorn! Palindrome lyric poem! Innuendo!”
Trasks weapon flies from his hand, and bewildered, he, with everyone else, watch the circle of bright light condense into a pinpoint beam of rainbow as Hotspur floats gently up to the mothership.

Kayjai strolls over to Trask. “For fucks sake.” she says.
Trask raises an eyebrow.

Apologies to everyone slandered in this, and if you’ve made it this far, next round is on me. Really, you earned it.