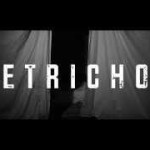 Everyone has a childhood story about an actor, musician or random celebrity who they knew before they were famous. I, for one, stole Rachel Ray’s boyfriend back in the day when I was hot enough to pull that kind of thing off. But I digress.

Today’s actors, writers and directors of up-and-coming Petrichor Cinema are definitely a group of wunderkinds to watch. More than just a cinematic garage band, this junior team of talented actors and filmmakers bring a fresh slant to indie film comedy. END_OF_DOCUMENT_TOKEN_TO_BE_REPLACED 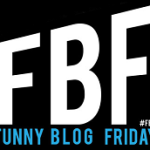 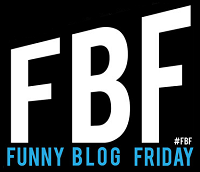 Happy Halloween and welcome to our first ever Funny Blog Friday! Me, along with a group of other hi-larious bloggers, are celebrating an otherwise spooky holiday with loads of laughter and free stuff! Click the links to participating bloggers at the bottom of the page for a chance at winning prizes and to read a lot of funny blogs, too.

Since our first Funny Blog Friday has fallen on Halloween, I thought it only appropriate to call on one of the  funniest people…er, “beings” I know for a good laugh. END_OF_DOCUMENT_TOKEN_TO_BE_REPLACED 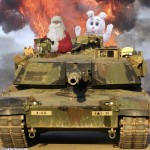 Today we begin our series of interviews with THE TWISTED FICTIONEERS, a group of authors who collaborate on charity writing projects such as ICONIC INTERVIEWS and F*CKED UP FAIRY TALES. Every Wednesday and Saturday we will feature an interview from a different author who has contributed to our writing ventures.

Since today is Christmas I thought it fitting to interview the man who started it all. From his portrayal of a sauced and surly Santa Claus in ICONIC INTERVIEWS to his sometimes caustic, ever rantastic blog(s), to his upcoming take on Jack and the Beanstalk for F*CKED UP FAIRY TALES: Volume II, it seems there’s nothing this blogger can’t or won’t rant about.

So grab a beer and don’t spare the bacon because we’re about to spend Christmas with:

When did you know you wanted to be a writer?

I’ve wanted to write since I was SmallRants. I’m only now getting the freedom of maneuver to explore it. The blog started as practice in the self-discipline of writing. I like to think I’ve got that small part nailed down.

Do you prefer to write in a specific genre and if so, why?

Genre? I have to pick one? Shit.

What techniques do you use when crafting your writing day to day that keeps you focused on the plot and storyline?

I don’t know yet, honestly. I just signed up for your story and later an idea came. I basically dumped out what was in my head.

Many readers will probably be offended by F*cked Up Fairy Tales and/or Iconic Interviews. What is your message behind the irreverence?

The only answer to that is ‘Fuck you very much.’ I’ve spent over twenty years defending our freedoms, so if they don’t like what I wrote, they can throw the book away. Nobody’s making them read it.

What is the most challenging aspect of the mechanics of writing for you, and how do you overcome it?

English. Still working on that.

There is art and science involved in writing. What is your favorite aspect of writing in the context of its art?

Sorry, I just wet myself laughing because I can’t see anything even remotely resembling art in my story. Like I said, I emptied my head out onto a document.

Ten years from now, what are you writing?

Probably some dull report for the Government. Sort of like I do now.

And now for a little something extra we bring you…

1. What would you consider to be your best personality trait?

I’m clearly so very easy to get along with…

2. What do you think is your worst personality trait?

My epic span of patience, which has been measured at .0037 seconds, when dealing with stupid people.

3. You wake up Saturday morning and everyone has left you alone for the day. What do you do?

You really want to know that?

4. Name one person, living or dead, you’d like to take to dinner:

5. If you could choose a superpower, what would it be and why?

X-Ray vision is tempting, because hooray for boobies! But I think being invisible would be just as useful. I can already turn wine into water like a motherfucker…

6. If you could live anywhere in the world, where would it be?

Texas. Loved it there on my first tour.

Steak with my special salad.

8. Your favorite movie/food/song that you secretly like but don’t want to admit:

Tough one. I really wish I had time lately to do any of those three things. Sorry.

Though ‘Elephant Inseminator’ is tempting, I think being a food reviewer and critic would be pretty awesome. Or maybe Galactic Emperor.

You have to ask? “Fuck,” the most versatile word in the world.

JAILBREAK AT THE NORTH POLE

Want to join but don’t have time for a story? How about a limerick, lullaby or haiku? They can be as long or short as you like. Each story is a maximum of 5000 words (there is no minimum) and can be dark and twisted or entirely vanilla.

Every author who participates gets a spot on the BLOGGER COLLECTIVE page (presently under construction) with links back to his/her blog of choice. There are also weekly interviews planned if you choose to participate. But best of all, 100% of the profits from F*CKED UP FAIRY TALES are donated to charity (more info to come).

Sound interesting? Check out our list of contributors and join the fun! Each offering highlighted in GREEN has a page devoted to the author’s tale, BLUE is a tale yet to come, and YELLOW is what is available. Want to read what we’ve got so far? Visit F*CKED UP FAIRY TALES and scroll down the list for a good read! 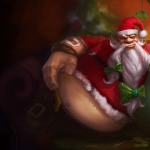 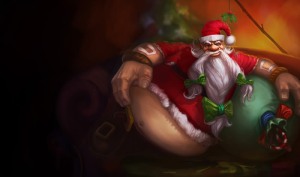 Well, blogworld, your faithful Hellis here.  We’re coming up on one of my very favorite times of the year.  I do truly love Christmas.  However, many of my readers might be shocked to learn just how totally-

(Scene cuts in to our Anchorman, Pennis Stone)

Stone: (perfect, jet black feathered hair and smoldering brown eyes) Ladies and Gentlemen, this just in!  North Pole News SkyCam Reporter Chip Swizzle is live with us right now!  Apparently Chip has spotted – all on his eagle-eyed own – the notorious red Impala reported to be connected with multiple escaped Santa sightings. Chip, what can you tell us?

[Visual with helicopter noise: red Impala with two passengers, one in a Santa suit, one a woman in a gown]

Chip: Thanks, Dick! Yeah, we’re here just outside the North Pole capital and spotted what we believe is the fugitive Santa Claus, wanted on multiple drug, prostitution, and a smorgasbord of Federal Code violations related to shady business practices and money laundering.  I’m told police are on the way now, and … yes, yes, here they come.  Our pilot is going to try and fly lower…

Stone:  Heh heh, that’s Pennis, Chip! (winks at camera) Can you describe what you believe the fugitives are doing?  I see what looks like a man in a Santa suit and a woman.  What do you make of it, Chip?

[Shaky aerial visual continues, red hat twirls out over the rear of Impala.  Picture tightens, and a white-haired fat man rocks out with a woman face-down in his lap]

Chip: Holy moly!  I’m not sure what they’re doing down there, but the police are catching up fas… oh wait, two just skidded off the road in the snow.  Anyway, we’re still holding station.

Stone: Chip, it looks like the same thing going on right here under the anchor desk.  How close are the police now?

Chip: Dick, it looks like a struggle down there, and I can’t tell for certain but the woman appears to be Gloria Allred… oh, man!  Santa just rammed one cop off the road!  And there’s two up the road making a road block!  Are you getting this, man?

Stone: (irritated): We’re getting it fine, Swizzle stick.  This looks like the fugitive Claus is done running.  Swizzle, anything new developing?

Chip: Yeah, Dick, you may be correct.  Santa doesn’t appear to be doing any evasive moves, and looks like he’s on a cell phone.  That’ll be another charge against hi… OH HOLY BEJEEZUS!

Stone: What’s going on, Swizzle?  Talk to us?

[Scene shows Santa sleigh with a burly man in a kilt, a Thai hooker and two black-cloaked passengers swooping down toward the Impala]

Chip: Holy Klingon battle cruisers! We were just nearly blown out of the sky by what looks like a sleigh pulled by reindeer… and … I might need to lay off the rock, but I’d swear there’s a guy with a sword in a kilt and a Thai hooker in his lap… and .. wait… what is this? Halloween on Christmas?  I’d swear the two people in back are both dressed as the Grim Reaper.

[Scene now stable, showing the sleigh crossing above the Impala while the two Reapers reach down to pull Santa clear, Allred taking the wheel and snapping a u-ey, and the sleigh rocketing out of sight][sonic boom sound]

WE NOW RETURN YOU TO YOUR REGULARLY SCHEDULED BLOG…

…and so, after all that heartfelt revelation on my true feelings for Christmas, I wish all of you and yours a truly merry one! (Thanks for the tunes, Frank!)

Good Lord in Heaven I wish I’d come up with this. Click on Jesus to view a list of products.